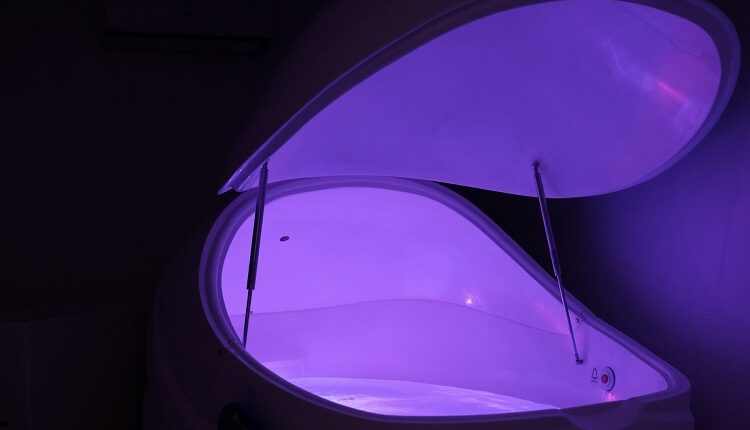 The Chemistry behind Float Tanks

Float tanks in Melbourne have become a common sight as more and more people indulge in this non-invasive therapeutic activity that seemingly brings about good health, and while there are still some non-believers out there, science is proving that being immersed in a tank filled with saltwater (its actually Epsom salt) that also blots out our ability to sense light, sound, smell and temperature is actually a VERY GOOD THING.

The fact that Epsom salt mainly contains magnesium which is easily absorbed through our skin during float tank sessions is among the reasons that this therapy seems to work so well. Magnesium is a nutrient that plays a pivotal role in the bio-chemical reactions that take place within our bodies and apart from that magnesium is among the key nutrients that our skin requires in order to repair itself due to the fact that magnesium is actually an essential factor in the skin rejuvenation process.

Another important role that magnesium plays within our bodies is related to our neurological system as without magnesium, our neurological constructs disintegrate rapidly. The mechanics behind the float phenomenon does not just revolve around ‘magnesium’, it also involves the ‘stifling’ of adrenaline production which is produced by produced the adrenal glands and certain neurons in response to daily life situation (this is the hormone that revolves around our fight or flight response).

This hormone although to some degree is a good thing as it gives us temporary superhuman abilities, it is also a stress inciter within us which in turn causes our bodies to produce cortisol which is another type of hormone that counters the impact of adrenaline and too much cortisol inside us spells bad news.

Now how does float tanks fit into all this?

Ask any operators of a float tank in Melbourne and they will tell you that during float sessions, the floater’s mind will be subdued into going beyond normal relaxation levels and this generally regulates the amount of stress hormones that are in our bodies which in turn puts floaters in better moods for longer periods of time in a day and when we feel good, our bodies respond positively by enhancing our auto immune levels, circulation, our ability to focus which has a direct impact on problem solving abilities and so much more.

The float tank is fast becoming the staple of modern medicine prescriptions as it is considered a ‘sidekick’ treatment that enhances the effectiveness of conventional treatment practices. In Europe, a publication in the Journal of Integrative Medicine indicated that the ‘deep relaxation’ induced during float tank therapy allows the re-calibration of our internal biological chemical balances which is fundamental for good health.

Scientists and medical professionals are only just beginning to understand the benefits of float tanks despite the fact that it has been around for more than half a century and thus far, all their findings have been positive on the impact that float tanks have on human health.

The chemical balances in our bodies are complex balanced systems that over time go off track, and float tank therapy it seems, is the only way that we are able to get our chemical balances back on track without having to gobble up a myriad of drugs or go under the scalpel.

Get the emergency dentist you need in Arlington